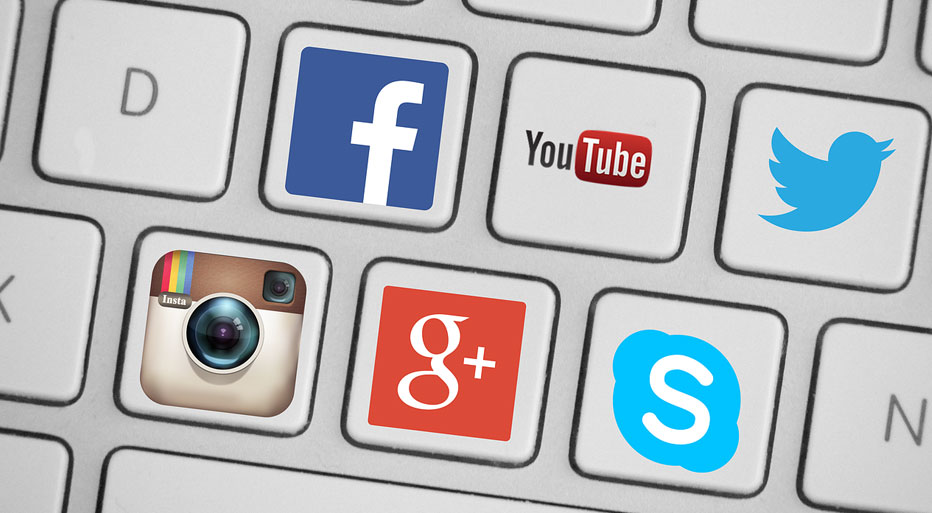 With more than three billion people now using the internet worldwide – over a third of whom are daily active Facebook users – social media is an invaluable marketing tool for businesses.

Social platforms not only allow brands to establish a personal connection with customers, but they enable unique, compelling, inspiring and humorous content to be shared; increasing brand awareness and encouraging engagement. Sometimes this happens at an exponential rate, making articles or blog posts go viral overnight.

Active social media users are increasing annually, so it’s natural that marketing teams worldwide are channeling more of their efforts into representing their brands vi these mediums. It’s no surprise, then, that 2015 has been a particularly memorable year for all things ‘Social’.

You’d have to have been living under a rock to miss 2014’s most viral social media phenomenon – the ALS Ice Bucket Challenge dominated news feeds for weeks, raising $92.8million for the charity in just one month.

This year, many things have ‘broken the internet’; from Kim Kardashian’s NSFW Paper magazine cover, John Lewis’s tear-jerking #ManOnTheMoon – and Aldi’s cheeky response – to a whole lot of anthropomorphised animals getting shared in their millions.

To celebrate the year of 2015, here at BORN we’ve chosen our five favourite social media campaigns of the past 12 months.

Winner of a Webby Award, the WWF’s Snapchat campaign pulled on the heartstrings of millennials worldwide. The social network, whose majority of users are aged between 18-24, lets you send photos and videos with a time limit. Transforming the frivolity of selfie-taking into a meaningful message about endangered animals, the campaign sent users ten-second images of a giant panda, tiger and gorilla – their ‘#lastselfies’ – to really hit home about the likelihood of extinction.

Emoji usage is increasing. They’re frankly omnipresent; to such an extent that 2015 saw the Oxford English Dictionary name the ‘Face with Tears of Joy’ emoji as its ‘word’ of the year and it has been reported that 92% of the online population use the little yellow icons. Following this trend, Domino’s Pizza introduced an Easy Order system where, once you’ve registered, you simply tweet the pizza emoji to Domino’s and your order is completed. It may sound a bit gimmicky, but their posts leading up to the announcement were getting retweeted thousands of times. 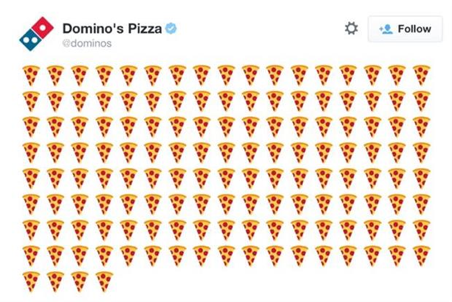 Burberry’s social media game is one of the best out there. Always at the fore of digital innovation, they were the first company to livestream a 3D fashion show back in 2010. 205 was no different for the British fashion house in terms of boundary-pushing strategy. As well as streaming the production of its Spring 2016 campaign on Snapchat, Burberry got personal with its fans during their #TweetCam campaign. Responsive technology sent users who tweeted Burberry a personalised image still of the catwalk. Impressive. 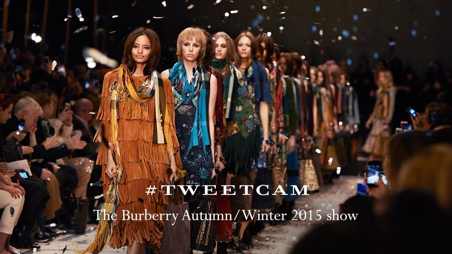 A clever tool that enables Spotify users to see which music artists they ‘discovered’ encouraged an incredibly popular hashtag on Twitter and Instagram; #foundthemfirst. By analysing listening data, the feature calculates which musicians customers were listening to before they ‘made it big’. Creating a personal connection with customers is a fundamental component of social media marketing, so being able to provide people with information unique to them is a sure-fire way to get people talking, especially if they can show off about it online!

No likes needed for Dove

Ardent campaigners for body positivity, Dove, recently started a different sort of social media campaign. While marketers everywhere brainstorm the best way to get the most likes, Dove got people talking by celebrating exactly the opposite. #NoLikesNeeded – part of the beauty brand’s Self Esteem Project – came about after a survey revealed that young girls’ confidence is affected by the number of likes they receive on social media. Challenging this need for validation with the campaign, Dove simultaneously promoted confidence amongst young girls and got people interacting with the brand. 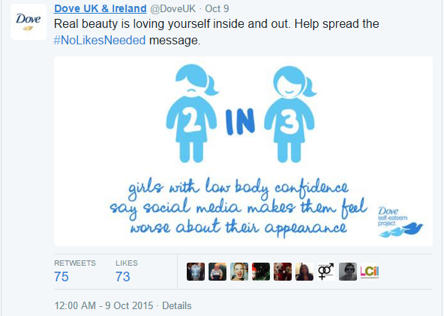 It’s difficult to predict what 2016 will bring for social media marketing – both Facebook and Twitter’s advertising revenue is increasing steeply as is the percentage of brands using such platforms – but we’re sure it’s going to be exciting.

Check in to the BORN blog again to see the latest in digital marketing insights from the team. And, by the way, Happy New Year!