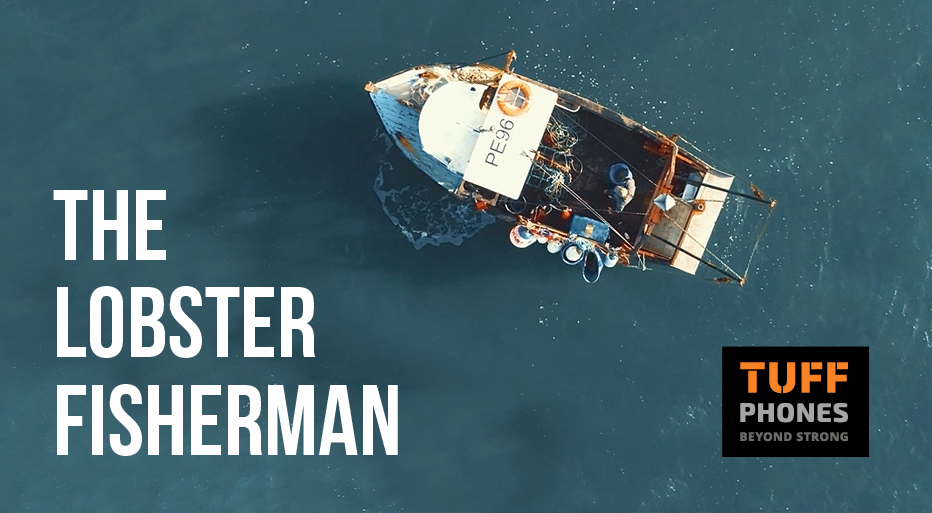 What began with a very early start in October, with cameras and filming equipment at the ready, would eventually turn into one of our most exciting projects to date.

Before the day of filming, we started by getting in contact with an existing TUFF Phones customer, Paul Mahony, a lobster fisherman. Paul had recently upgraded to a TUFF T1 from an older device – and he was keen to take part in the film we had planned.

First and foremost, the film needed to have a natural feel. There was no intention to create a conventional advertisement, instead, what we wanted was a film which would capture, with accuracy, a day in Paul’s life – while showing how Paul’s TUFF T1 merges with his world and the profession he’s had for 31 years.

A combination of efforts on both land, sea and air (yes we did use a drone) made sure we got the film footage we needed to create the natural yet cinematic aesthetic we were looking for in our film. 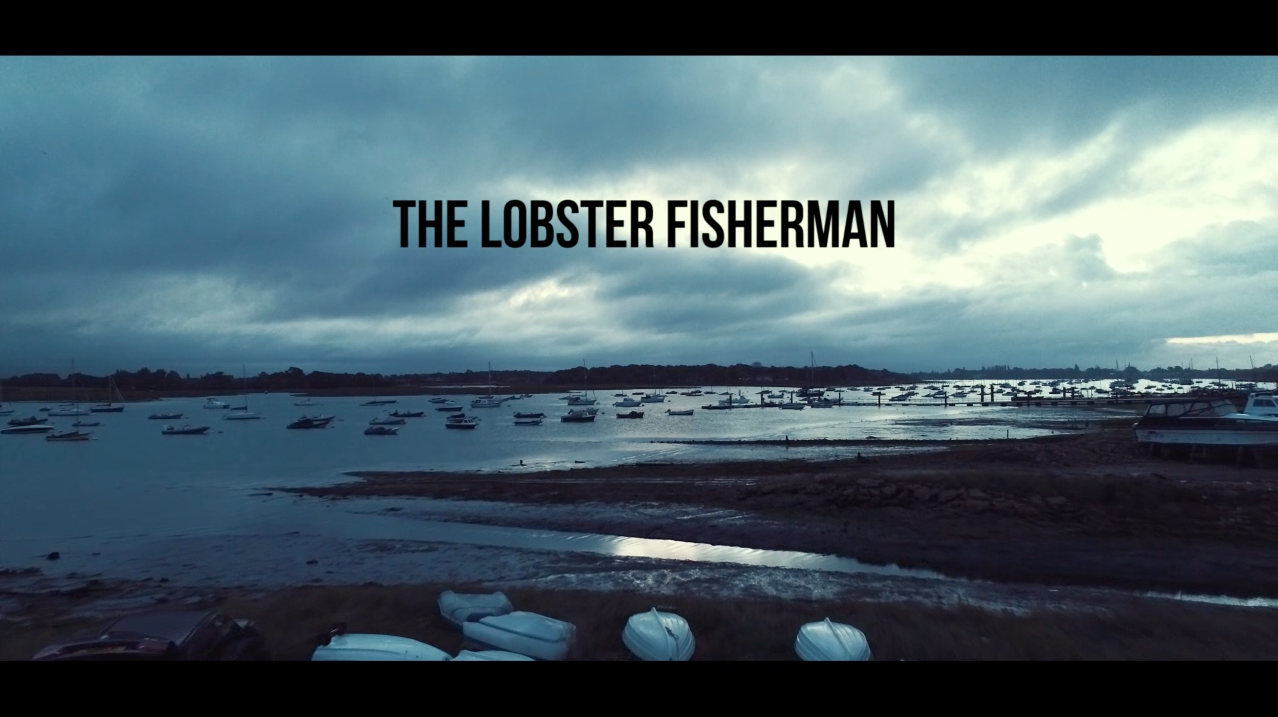 We understood from the beginning that, once we arrived at the place we intended to shoot, before dawn, we’d only have a limited amount of time to film the shots we needed. For this reason, we went into the filming process with a clear idea of the visuals we were looking for – while remaining open-minded to anything that would nudge our creativity once on location. A part of this approach meant that we were prepared to be brave with our filming equipment. Some shots involved holding cameras within inches of saltwater (no waterproof Go-Pros) – and flying a drone over seawater, from a boat, carried its own risks. Paul Mahony was able to go about his usual routine and we were able to capture the footage naturally without anything being staged (apart from the scene where the phone is dropped onto the deck, where we used one of TUFF’s sample handsets).

In short, we managed to get the footage we were looking for on the day, partly thanks to the weather being kind to us, but it simply wouldn’t have been possible without the careful planning and preparation we undertook beforehand.

With the raw footage now complete, the next stage involved the magic of the editing suite to create the visual story we had planned. We began by agreeing on the best shots that we had taken on the day – and then utilised these in line with the story we wanted to tell.

There was never an intention to have any dialogue in our film, we wanted the visual narrative to be driven by a particular feeling or emotion – vital for connecting with an audience. Therefore, getting the soundtrack right was essential. The choice of contemporary folk music for the film came about quite naturally. It captured both a sense of nostalgia and the cinematic, natural feel we were looking for. This was further aided by our careful editing choices with the colour and lighting – chosen to create the cinematic style we were after – with individual adjustments being made to each shot to create a particular effect.

Two versions of the film needed to be created, both a shorter and a longer version, so the music and footage needed to be cut differently for both while, at the same time, making sure the shorter version did not lose any of its key visual storytelling. Although this was a challenge, everything was completed in good time. The minute-long version of the film was uploaded to Instagram, the longer version, just under 3 minutes long, was uploaded to Youtube and shared on Facebook and Twitter.

Overall, both the music and visual narrative achieved what we had set out to do from the start – to create a cinematic film demonstrating how TUFF Phones aims to get a full understanding of their customers and their needs – while creating products which merge effortlessly with their day-to-day lives.